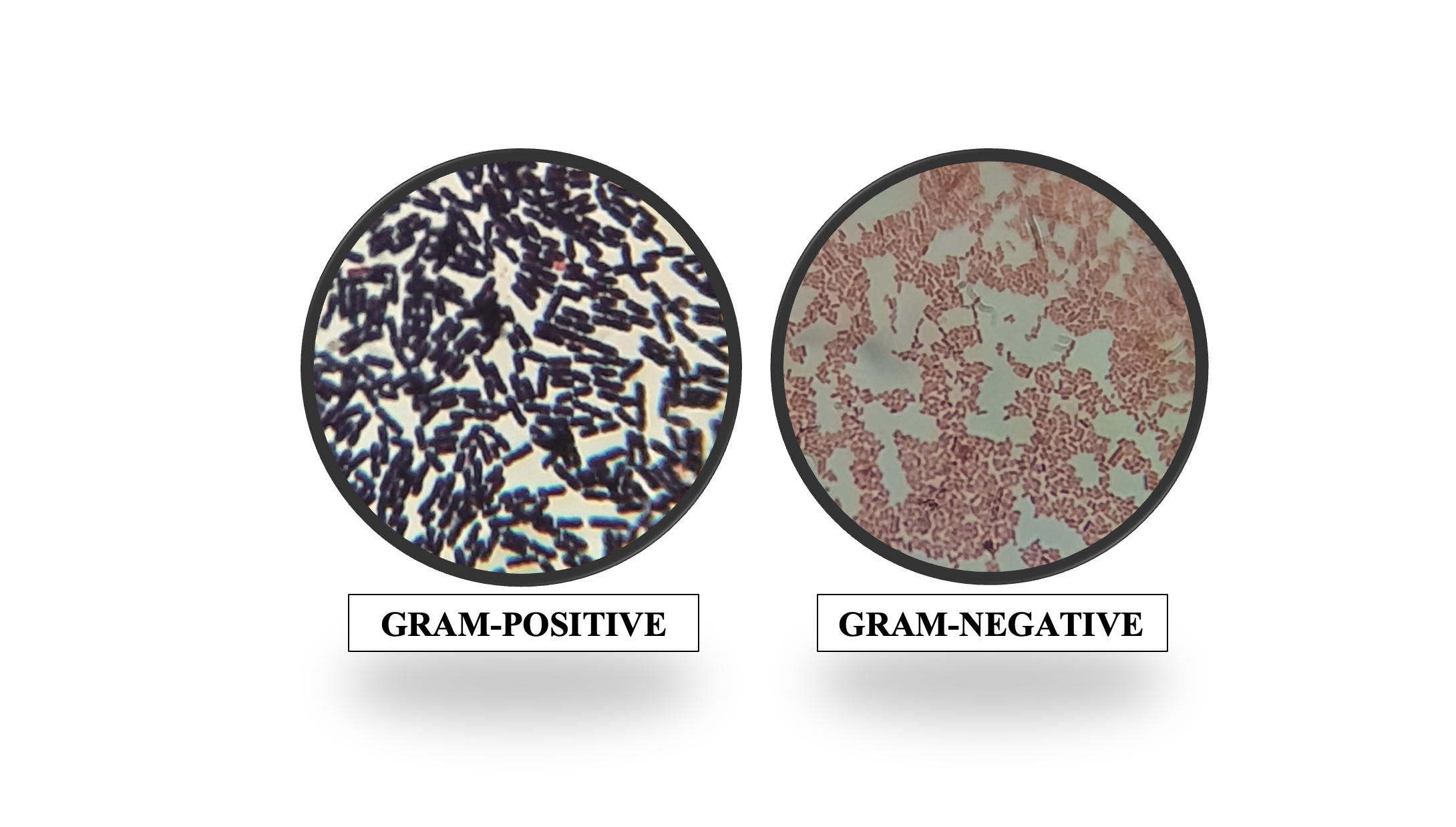 Gram stain is a well-known differential staining procedure, and it was developed in 1884 by the Danish bacteriologist Hans Christian Joachim Gram [1]. The role of the Gram staining procedure is crucial in bacteriology. It is used to distinguish between Gram-positive and Gram-negative bacteria based on differential staining with a crystal violet-iodine complex (CV-I) and a safranin counterstain. The cell wall of gram-positive bacteria retain the CV-I complex after treatment with ethyl alcohol and appear purple, but gram-negative bacteria decolorize following such treatment and appear pink. Gram stain is an essential tool for the differentiation and classification of microorganisms [3][4][6].

At least three chemical reagents are applied sequentially to a heat-fixed smear in a differential straining procedure. First, the primary stain is used, and its function is to impart its color to all cells. After that decolorizing agent is used to create color contrast; based on the chemical constituents of the bacterial cell wall, the decolorizing agent may or may not remove primary stain from entire cells or specific cell structures. Finally, the counterstain is used that has a contrasting color to that of the primary stain [5].

Four chemical reagents are essential for Gram staining. Crystal violet is used as a primary stain, gram’s iodine is a mordant, ethyl alcohol is a decolorizing agent, and, finally, safranin as a counterstain. For Gram staining, at first heat-fixed smear is prepared with a fresh bacterial culture. Next, Crystal violet dye is used, and it stains all the cells violet. After that, Gram’s iodine is used, which function as a mordant. It binds to the primary stain to form an insoluble crystal violet-iodine complex (CV-I), and all cells will appear purple-black. Only in Gram-positive cells, the CV-I complex binds to the magnesium ribonucleic acid component of the cell wall and form the magnesium ribonucleic acid-crystal violet-iodine complex (Mg-RNA-CV-I). The complex is more difficult to remove than the CV-I complex of Gram-negative cells. In the third step of the Gram staining procedure, ethyl alcohol (95%) is used as a decolorizing agent that functions as a lipid solvent and as a protein dehydrating agent. Gram-positive cells have low lipid concentration, which is essential for the retention of the Mg-RNA-CV-I complex. The lower amount of lipid is readily dissolved by alcohol treatment, forms minute cell wall pores, and is then closed by dehydrating effect of alcohol. Gram-negative bacterial contain higher lipid concentration in the outer layer of cells, do not close appreciably on dehydration of cell wall protein, results in the release of CV-I complex, and cells become unstained. Finally, the final reagent safranin is used as a counterstain to stain only the colorless or unstained cells. Gram-negative cells undergo decolorization, so only they absorb the counterstain and become pink. Gram-positive cells retain the purple color of the primary stain[1][3][4].

The overall procedure of the Gram stain is completed in four steps. Before starting the whole process, a smear is needed to be prepared with the help of a loop. Then the smear needs to be heat-fixed so that the bacteria does not wash out while washing. At first, the primary stain, crystal violet, is applied on the smear for 1 minute and then washed out with water. Then the Gram’s Iodine is applied as mordant for another 1 minute and again washed out with the help of water. After that, the decolorization is done using Ethyl Alcohol (95%) by adding it drop by drop on the smear until the color of crystal violet fails to wash from the smear. Finally, the counterstain, safranin, is applied for 45 seconds, and then it is also washed with water. After air-drying the glass slide, it is observed under the oil immersion lens of the microscope [6]. Finally, Gram-negative cells are found pink under microscopic observation, and Gram-positive cells are purple. Based on a microscopic view, differentiation and classification of microorganisms can be possible. Among all the steps, heat fixation and decolorization are the most crucial. If the smear gets overheated, the organism may show false results as there is a high chance of degradation of the cells for high heat.On the other hand, it is essential to remember that the decolorization step is considered a critical phase because over decolorization will lead to primary stain loss, resulting in Gram-positive cells appearing Gram-negative, and less decolorization may create the opposite scenario [5].Another big thing is to use a new culture that is not older than 24 hours. As culture ages, Gram-positive organisms lose their ability to retain primary stain and may appear Gram variable, some cells will appear purple, and some will appear red [5]. Individual skills are essential for the differentiation and classification of microorganisms using the Gram staining procedure. 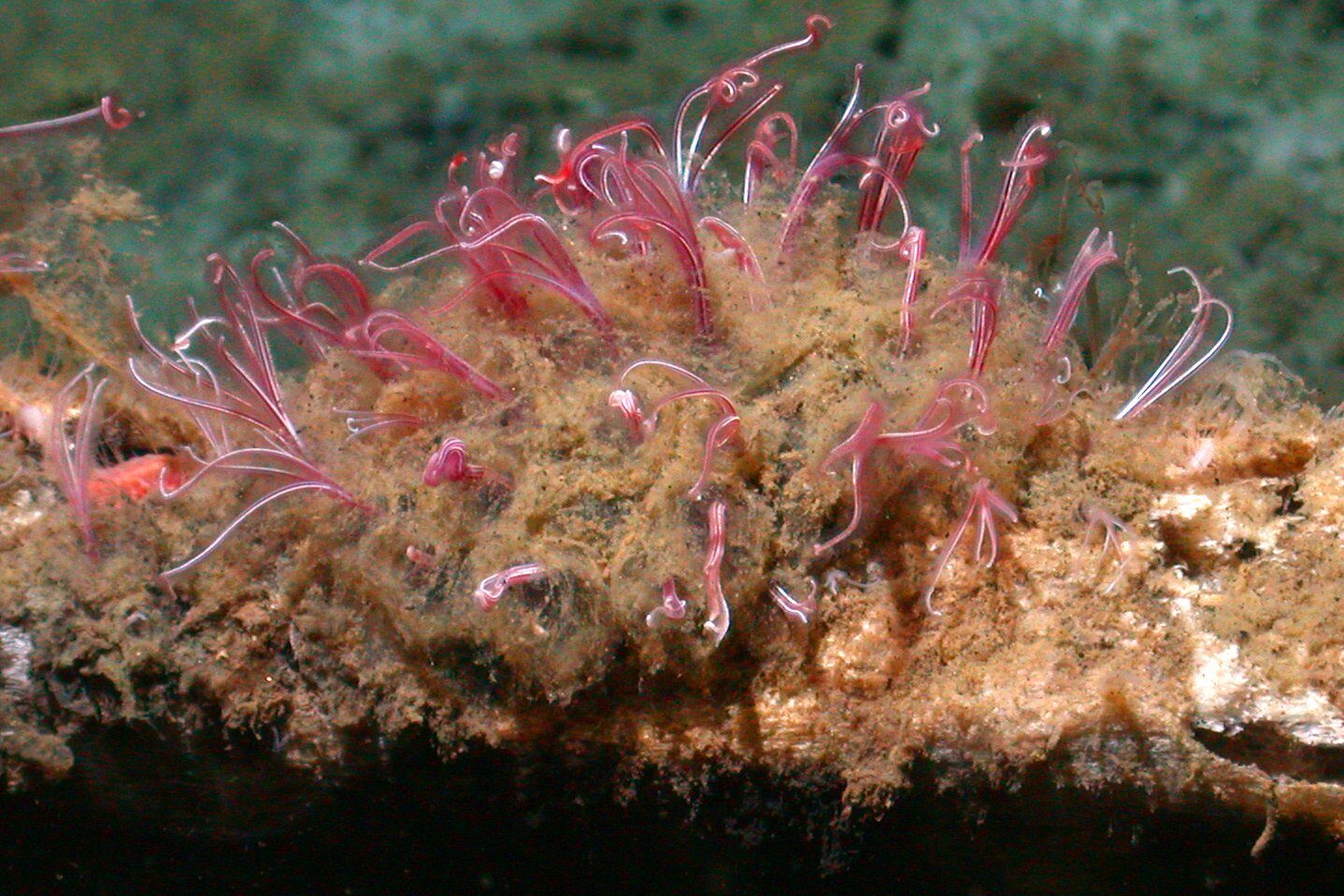 PENICILLIN AND ITS INDUSTRIAL PRODUCTION 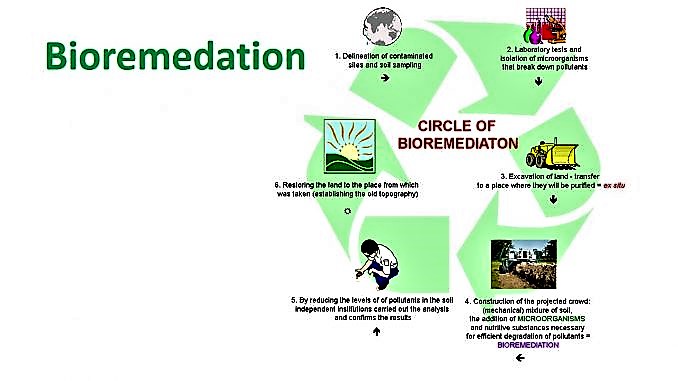